Get to know the Bauhaus and why it’s so important for the contemporary arts, design and architecture.

Contains an explanatory video of the movement, links and downloadable text.

What was the Bauhaus?

German School of applied arts, dedicated to the plastic arts, architecture and design and considered the first design school in the world.

It resulted from the merger of the Deutsche Werkbund League, the School of Arts and Crafts and the Weimar Art School

Founded by a group of professionals from various areas: artists, engineers, architects, craftsmen.

After the end of World War I, artists and intellectuals attempted to be part of the task of rebuilding the German Nation. Among them was Walter Gropius, who was still horrified by what he witnessed at the front (as well as many artists and intellectuals of the time), and decided to create a school project that would give young people the necessary skills to contribute to the country – not only in the emotional and aesthetic sense, but also financially.

In 1919 he received the invitation to run an educational arts establishment. He founded the Bauhaus. Its main feature was the reconciliation between art and crafts and the idea that art could go beyond the system of fine arts that the school promoted.

In this way, the school did not reject industrial production, rather, it tried to enrich it from aesthetics.

Bauhaus – Name created by Walter Gropius, by reversing the term Hausbau (building of the house).  So,Bauhaus to means house of the building – the ideology behind the school.

Gropius believed in the importance of education in the field of modernism and artistic creation.

You can know the history, principles and main artists in the next video. 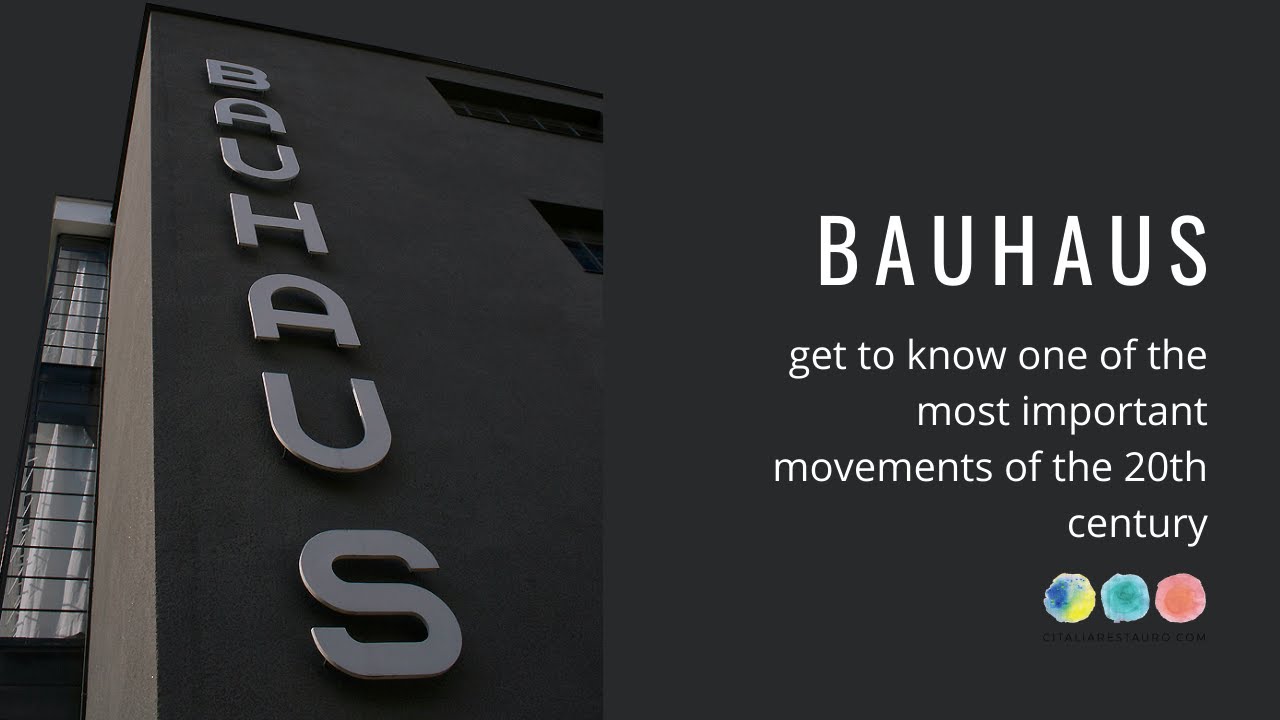 Manifesto of the Bauhaus 1919

In April 1919 Walter Gropius defined the principles in a manifesto.

You can read the manifesto by clicking the image.

“A one-week festival in Berlin headed by the Bauhaus-Archiv will kick off the centenary. The federal president of Germany will open the festival at 16 January 2019 with Prelude at Akademie der Künste in Berlin. This opening event will be visible around the world and will interweave pioneering contemporary positions in performing arts, music and new media with discussion formats appearing in international, interdisciplinary forms. The Bauhaus Week of 1923 provides the historical point of reference for all this. An international selection of artists will be invited to articulate their visions for the architecture, art and design of the 21st century. Here the focus will be on the relationship between body, space and movement, between man and machine.”