Japonisme | How did it influenced post-impressionist artists like Van Gogh and Manet?

In this article learn about Japonism and the influence of Japanese art in Western art, particularly in the artists of Post-Impressionism. 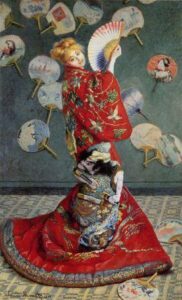 Until the 19th century Japan remained fairly isolated from the Western World, thus closed to its influences and vice versa.

However, with the British colonization of the 19th century, the Japanese territory begins to open up to outside influences and the old Japanese social system is reformed.

Between 1860 and 1870, there is an immense influx of art objects from Japan, creating a natural fascination with Japanese art and culture.

What does Japonisme mean?

Japonism designates the exchange of influences between Japanese and European art.

Japonism manifests itself in Western Art mainly through the simplification of colors and perspective.

However, one could not say that it was a copy of the Japanese artistic process, but rather an encounter between both cultures and artistic expressions.

Japonisme – how did it influence the arts? 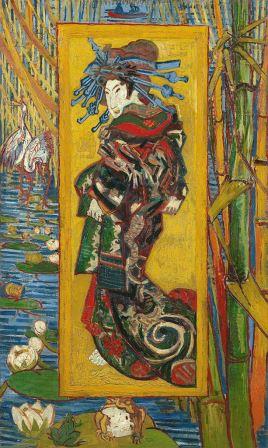 The Courtesan (1887), Vincent Van Gogh (painting based on a Japanese print; Van Gogh Museum, The Netherlands). 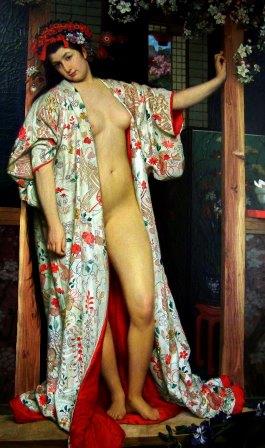 In fact, by the end of the 19th century, the European market experienced an influx of Japanese products of various kinds.

Among which will be Japanese art, thus initiating Japonisme – a kind of European reinterpretation that integrates Japanese styles into Western art objects.