The 9 muses of greek mythology. Do you want to know them?

Meet the 9 muses of Greek Mythology, their representations in art, attributes and iconography.

They are 9 muses and each one is linked to some scientific or artistic component.

This article contains an explanatory video.

They often accompanied Apollo, god of the arts.

They inhabited Mount Helicon, but were often on Olympus to entertain the gods.

Also associated with science in general and with eloquence.

Represented crowned with laurel wreaths, head resting on one hand, as if meditating.

She may also have a scroll and a pen with her.

Goddess of Memory, Muse of History and Creativity.

Represented crowned with laurels, with a trumpet in her left hand and on the right the book Thucydide.

She can have only the parchment and the pen.

She made those who were guided by her to be wanted and worthy of being loved.

Represented with lyre, hymns and sometimes a wreath of roses.

Euterpe, muse of the Music

Her name means the Giver of Pleasure.

Linked to music, it is represented with the flute.

At the end of the classical period, she also represented Lyric Poetry,

Melpomene, muse of the Tragedy

The one that is melodious.

Despite her cheerful singing, she sings tragedy.

Represented with a tragic mask, leather boots and knife or stick in hand.

With a cypress crown.

Terpsichore, muse of the Dance

Her name literally means the one who delights in dance.

Represented sitting with a lyre.

She was seen as the mother of mermaids.

Thalia, muse of the Comedy

She was the Festive.

Represented with a comic mask, and may still use a crown of ivy.

Urania, muse of the Astronomy and Astrology

The classical representation is dressed in blue, with a globe and a compass in hands.

She has a star diadem or stars on her dress.

Get to know rhe 9 muses in this video 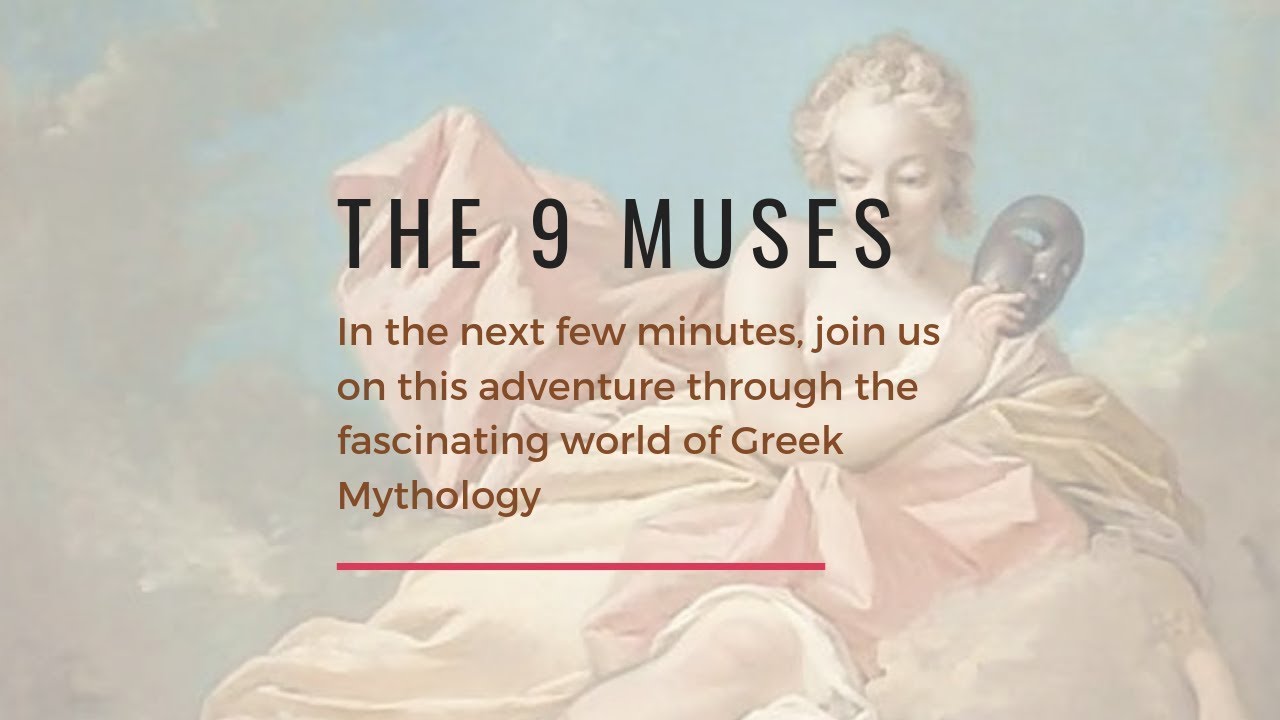