Who are the characters in Liberty Leading the People by Delacroix? 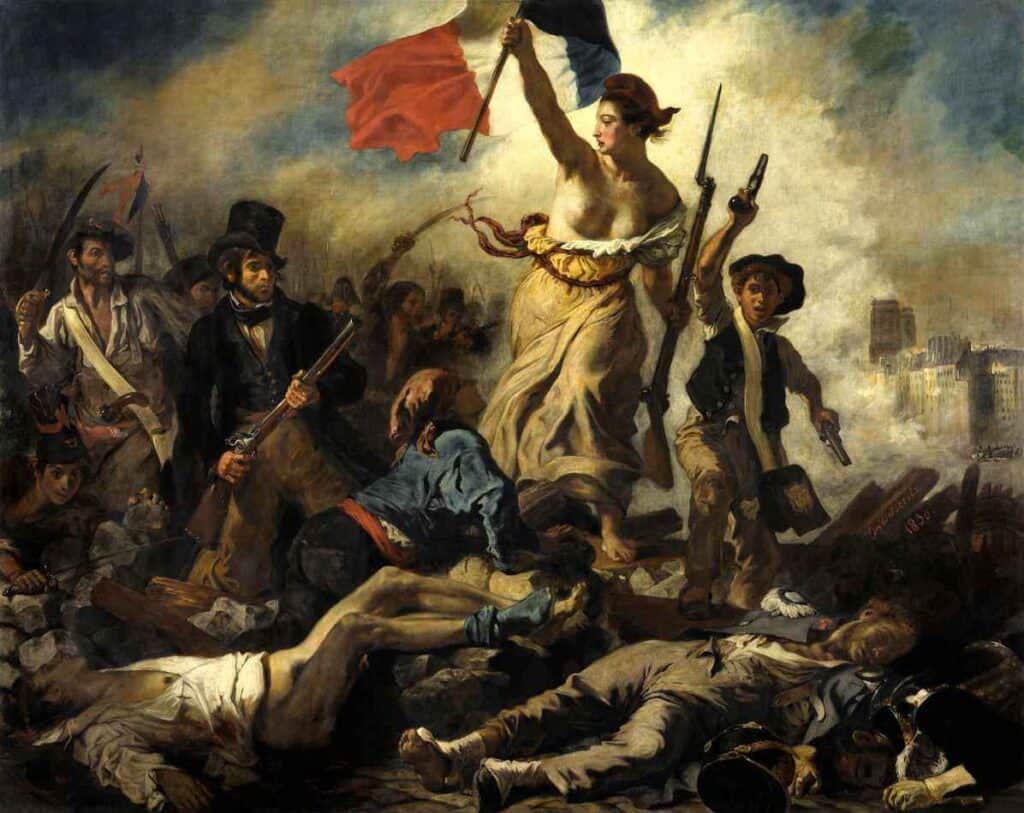 In this article we will get to know liberty leading the people of Eugène Delacroix. Delacroix is one of the greatest artists of French romanticism and his masterpiece (or at least the most emblematic) liberty leading the people has become an icon throughout history. This painting has served as inspiration for many things, from bank notes to the cover of a Coldplay album.

Ferdinand Victor Eugène DELACROIX (Charenton-Saint Maurice, 1798 – Charenton, 1863) was the pioneer and main exponent of French romantic painting and its new school, which caused a revolution in art, inspiring an entire future generation of painters.

But what and who is portrayed in this work of art?

liberty leading the people | what represents

Liberty leading the people is a painting usually associated with the July Revolution of 1830 in France. It is a large canvas showing a busty woman in the center raising a flag and holding a bayonet. She is barefoot, and walks over the bodies of the defeated, guiding a crowd around her. This is probably the most famous artwork of Delacroix, who is known as the most important artist of Romanticism.

Eugene Delacroix was a color specialist and it is in liberty leading the people that he clearly expressed this. Carefully, Delacroix built a pulsating and dynamic scenario about an extremely current theme in his times. As he little participated in the fights, he wrote: If I can not fight for my country, I paint for it.

The painting is about freedom and revolution. First, because that’s exactly what it portrays. In July 1830, France rose up against King Charles X, who was extremely unpopular for, among other things, being very conservative in political terms and trying to restore an old regime that French people no longer wanted.

In the artistic sense, the painting also represented a revolution – and more than that: freedom.

In the time of Delacroix, painters generally obeyed the rules of the Academy of Fine Arts which stressed the mastery of drawing, ‘disegno’. Delacroix, however, put more emphasis on the use of color in an unobstructed way.

A year after its production, the painting was bought by the French Government and but was not on display for a long time. Currently, the artwork is part of the Louvre collection.

Okay, you already know that the woman in the center is Liberty. But what about the characters around her?

Well, Delacroix had an illuminist formation and believed that ideals like freedom and fraternity were fundamental to building a better society. Because of this, he portrayed several social strata in this painting. On the left, he shows a simple worker alongside a bourgeois intellectual (who would be the artist himself) and on the right side a boy, symbolizing the strength of youth.

The defeated enemies on the ground and the smoke give the air that the battle is really coming to an end and that from then on freedom can take the citizens of France to a better future.

The title makes it obvious, the woman represented here is the ideal of freedom. But even as an allegorical figure, the woman is more than that: her name is Marianne, which is probably the result of joining together two very common names in France at the time, Marie and Anne.

Curiously, 18 years after the revolution, Marie Anne Hubertine, a French activist who fought for the insertion of women in politics, was born. This is because, although the representation of freedom was feminine, women still couldn’t vote or stand for public office – although the female figure was always chosen to represent most of the allegories…

liberty leading the people | the icon

Even today there are references made to this painting: in Brazil where I live, the painting inspired the face on our currency, and it is found also in several other countries. Her face represents the republic.

And more: in 2008, the painting was chosen as a cover of the CD of the band Coldplay – the great CD Viva La Vida!

In addition to the cover, the rock band also produced an alternative clip for the title song where the lead singer represents a king (maybe Charles X?) and he sings I used to rule the world, I would rise when I gave the word. Now in the morning I sleep alone, sweep the streets I used to own while we see the picture of Delacroix all the time.

It seems that the Romantic painting and the dream of the French artist still can inspire us even today. 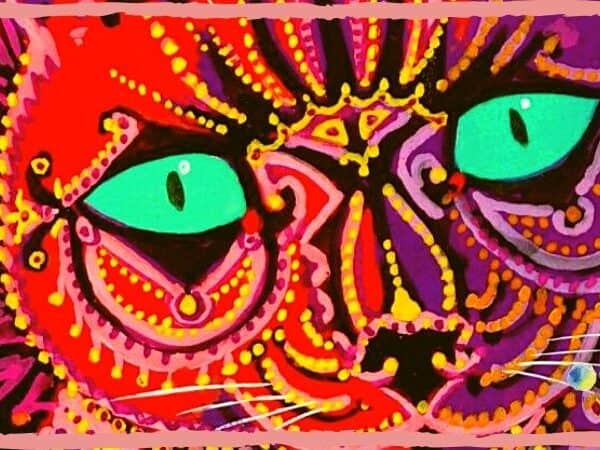