Social and religious forces of medieval Europe and the Gothic buildings

In this post let’s take a moment to review some of the social and religious forces of medieval Europe at the time that Gothic developed and flourished.

A monastery is a place where monks live. They spend their days in prayer and study, and they also do work like copying manuscripts. A monastery is a large complex that includes a church, living quarters, a cloister, and other structures.

Many Gothic churches were originally part of monasteries. 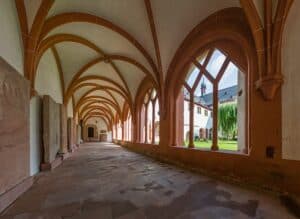 Relics had a very deep religious significance in medieval Europe and it was very popular to go on pilgrimages.

Relics are remains from a saint. They may be bones, items that touched a holy person’s body, or other objects of deep religious significance. Relics are usually associated with miracles they are believed to have caused.

During the Middle Ages, it was very popular to go on journeys called pilgrimages to pray in front of relics and ask for miracles such as healing.

Many churches, including cathedrals and monastery’s churches, owned relics. This was serious business, since relics led to prestige and to income from the offerings pilgrims left behind.

The needs of pilgrimage churches, particularly the need for space to accommodate pilgrims and display relics, drove much of Gothic church building. 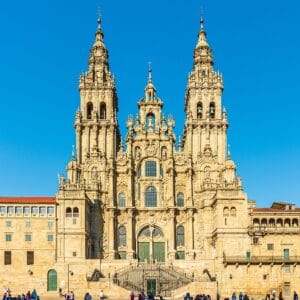 The main church in a religious district (a diocese) in medieval Europe is called a cathedral.

Cathedrals are larger and more elaborate than local churches, and they draw crowds on important religious days. Cathedrals are points of pride in the cities that contain them.

In the medieval Europe , cities began to develop again in western Europe aftermostly vanishing after the fall of Rome.

Medieval cities were very competitive with each other. They tried to outdo each other in building taller and more beautiful cathedrals that owned more important relics.

This competition to build bigger, higher, and more beautiful than any other city drove many architectural developments.

The church as government

The medieval Europe lacked the cohesive national governments. Even the power of the kings didn’t extend that far.

As a result, the church was one of the strongest forces in medieval society. Its power was far greater and felt in far more areas of society than today.