Women in Ancient Rome – How was their life?

How was the life of women in ancient Rome ? Who decided their fate ? How were women in Ancient Rome educated ? What were their rights ? women in ancient Rome | who decided their fate

From the moment she was born until she died, the destiny of women in Ancient Rome was set.

At the moment of her birth the father determined her fate.

If the Pater Familias lifted the newborn child into his arms, an act called fillium tollere or suspicere, it meant that he received the child into his family, making her suus heres and assuming the commitment to raise her.

If, on the contrary, he rejected her (liberum repudiare or negare), the child had to be abandoned.

If the father was absent and there was no legal representative to communicate his previously established will, his fate was suspended until his return.

Women in Ancient Rome | up to seven years

The birth of a female child was a great burden to the family, and she could be exposed in a place called Columna Lactaria if there were already others in the family.

The father was only obliged to accept the first daughter of the couple. The newborn child, boy or girl, could also be abandoned somewhere with the intention of dying of hunger and cold if born with malformations, for example.

Eight days after the birth of the girl child, a period that guaranteed the viability of the child, a ritual called Dies Lustricus was started.

Mother and daughter were purified with the lustral water and the child received its name (praenomen).

Girls had only one name, the name of the gens to which they belonged, but in feminine, and they kept it even after they married.

For example, Cornelius Scipio’s daughter would be Cornelia.

On this date the oldest woman in the family would make good fortune wishes for the child’s destiny.

Until the age of seven the children, boys and girls, stayed with their mothers and nannies, spending their time playing.

Women in Ancient Rome | from seven to eleven years Painting of a woman Villa San Marco Sec. I

At the age of seven, the girl (puella or virgo), was initiated in the first letters and numbers under the authority of the litterator (public school) or magíster (private teacher).

It was also at the age of seven that she was ready for betrothal.

At this stage, the mother would also teach her daughter the art of spinning and housekeeping.

Later it would be up to her to manage the household activities and weave the clothes for her household.

Especially for upper class Romans it was important to guarantee a convenient alliance, as well as ensure the virginity and easy submission of the future wife to her husband.

This was accomplished by the promise of betrothal at an early age of the girl.

The betrothal celebration was called Sponsalia, a time when both families would meet to determine certain clauses of the marriage.

The dowry, as well as to give the groom the opportunity to offer gifts to the sponsa, his bride, such as the engagement ring.

At the age of 11 the girl could leave the early grades of education.

If the Pater Familias had chosen to educate her, and move on to the grammaticus, an advanced degree of education that granted knowledge of astronomy, geography, history, semantics, and mythology.

However, many of them were about to marry, were married, or at home learning to be matronae.

The legal age for a woman to marry was 12 years old, however, for boys it was 14 years old that determined their fitness for marriage. 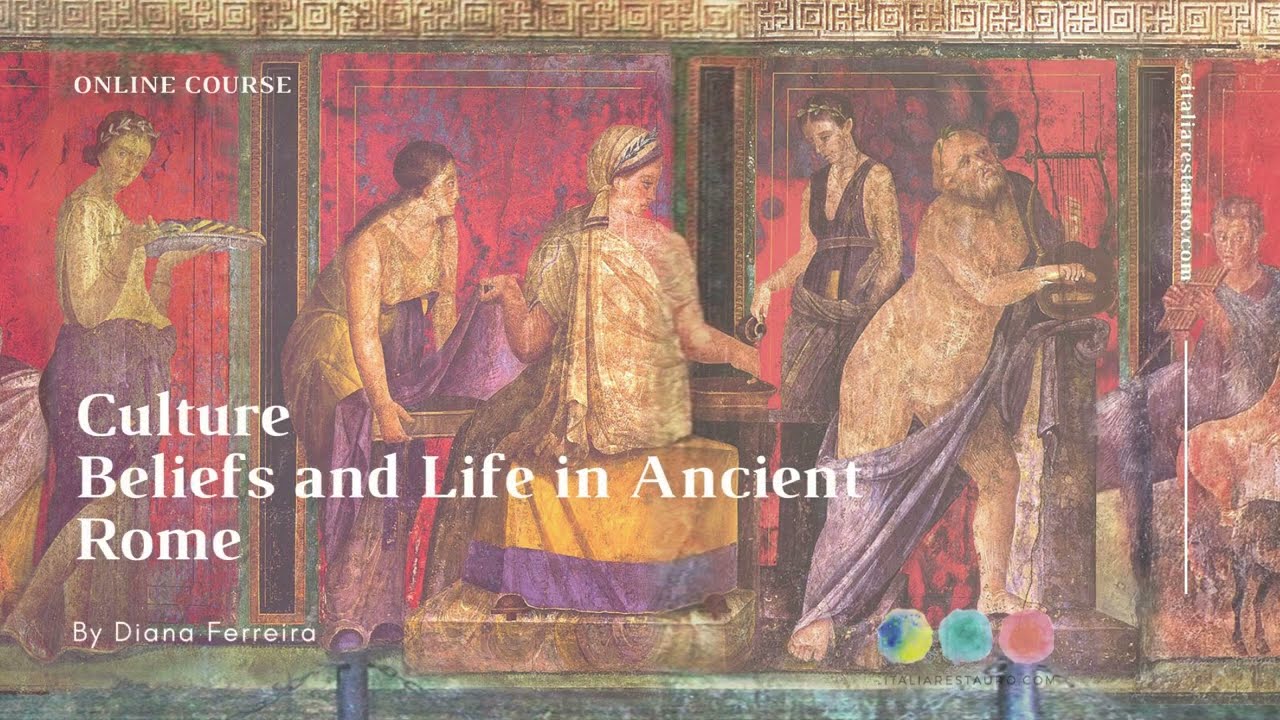 Women in Ancient Rome | the marriage

The married woman and everything that belonged to her was always under the husband’s authority.

The husband had total authority over all those who depended on him, from his wife to his children and slaves, and could decide on their right to life or death.

This authority was called Patria Potestas, and the bond of dependence of the wife was called loco filiae, a kind of sister, from the legal point of view.

Women in Ancient Rome | The slaves and the liberti

Women of lower status, such as slaves and liberti, had the chance to marry for love, a criterion not highly valued in the upper classes.

And to keep their freedom with their husband, but they lacked all other guarantees and rights, as well as their children.

Meanwhile, this legal form gave way to another, called sine manu, where the woman remained under the guardianship of the father or guardian.

Her property did not cease to belong to her, she could receive inheritance and, in case of divorce, the dowry did not remain entirely with her husband. Women in Ancient Rome | the children

In any case, children were obviously expected from marriage and sterility was not well accepted.

During the rituals of Lupercalia, on February 15, the priests of Luperci would go around the Palatine, lashing with whips all those they met on their way.

Among them the infertile women, who by this atonement they sought to make fertile, removing the evil of infertility from their union.

However, not everything was linear.

In troubled times and times of instability, women resorted to the contraceptive methods they knew to inhibit pregnancy.

Namely abortifacient potions or devices they introduced into the vagina, made of wool, soaked in honey or olive oil, or even abortion..

The woman only gained the right to divorce at the end of the Roman Republic, in the first century B.C., before that only the husband could request it.

The children of divorced parents remained with their father and his family, because they belonged to him.

Augustus, the first emperor, in order to motivate the celebration of marriages and to prevent divorces, legislated in this sense, since these were troubled times. Get to know Augustus and other personalities who marked Ancient Rome in the online course Culture, beliefs and life in Ancient Rome.

One of the measures he instituted was the Iustrium Liberorum, which, in addition to benefiting men, gave women the ability to manage their own property, free of any guardianship from their father or husband.

The ability to bequeath and inherit, as well as the right to use a special stola that distinguished them from other matronae.

One of the criteria taken into consideration to consent to divorce was adultery, which led to this becoming common, however, the adulterous woman suffered harsh penalties.

She was exiled to an inhospitable island, her goods were confiscated, and she could no longer remarry.

On top of all this, she wore a toga that marked her for the crime.

As for widowhood, if her husband died, the woman would have to wait 10 months before remarrying, while the widowed man could marry immediately.