Mural painting – what is it and what messages does it convey?

In this post we want to understand what are the particularities of mural painting and what kind of messages have been transmitted with this technique over time.

The mural painting  is executed on walls or ceilings using different techniques.

is different from all other forms of pictorial art because it is deeply linked to architecture. It is an integral part of

the place for which it was originally designed.

It is created according to a certain space.

The use of color and design and thematic treatment can radically alter the perception of the spatial proportions of the building, its chromaticism and its message.

The mural painting, probably due to this privileged relation with the space in which it is inserted, by the dimensions that can reach and also by the “force” that it can instill in the message that is intended to be transmitted, has been used, in different contexts and with different techniques from prehistory to the present day.

The function and the message

Thus, mural painting appears, over time with various functions and with different types of message. We give some examples.

The first forms of human communication, the cave paintings, are also a form of mural painting.

Example of paintings discovered in a cave located under the altar of a church, in Alegrete, Portalegre, Portugal.

In some cases mural painting assumes a decorative function.

Examples of this function can be found in Portugal, in friezes, frames, patterns, etc., for the decorative embellishment of the spaces.

Examples of painting with decorative function integrated in Monuments that are part of the Route of the Romanesque (Regions of Tâmega and Sousa, North of Portugal).

The mural painting inside the churches constituted a privileged vehicle of communication with the believers and of catechesis.

In times when illiteracy dominated, mural painting assumed the function of transmitting biblical episodes and the life of the saints.

It was also a way of lending grandeur to the interiors of the churches.

An emblematic example can be found in the Cathedral of Saint Climent del Taull in Catalonia.

GET to know The Cathedral

Mural painting requires relatively low media and materials, and the execution techniques are cheaper than other types of decorative techniques.

It was thus widely used as a decorative form of substitution, for example, in the case of faux marble that we can find widely in Portuguese architecture.

Such is the case of the Church of St. Louis of the French, in Lisbon.

But also as a form of substitution of other elements like in the mural painting in the Church of the Salvador – Lufrei, “pretending” a retable of gilded carving.

Contemporary mural painting has Graffiti as its most striking example,  in the form of political protest.

At this moment it assumes the expression of art having the artist Bansky as one of the most respected names.

Mural painting is thus a form of artistic expression thought and created in function of the architectural space in which it is integrated and inseparable from it, used with various functions and to express different types of messages from prehistory to actuality. 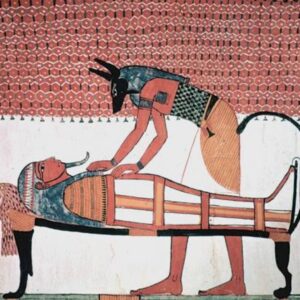 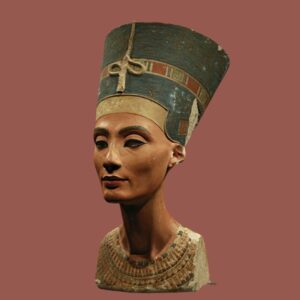 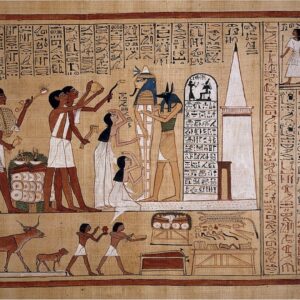 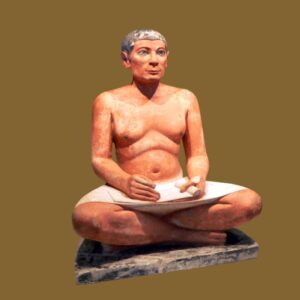 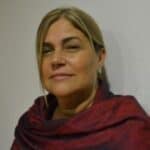 Graduated in History – Art History from the Universidade Nova of Lisbon. Post-Graduate in Management and Promotion of Heritage by the UAL. Specialised in Management of Cultural Projects. Various training courses and a specialisation course regarding Promoting Heritage, Conservation & Restoration, Museum studies and Vocational Training. Coordinator in multiple projects linked to Historical and Artistic Heritage, educational and vocational training projects in various entities. Author of several publications and communications. Creator and coordinator of the development of virtual content of the project: History | Art | Culture.