Candido Portinari was the painter of Brazil. This statement refers not only to his nationality, but also to his work.

During his life, the painter portrayed the soul of the country in which he was born.

Get to know him with Rute Ferreira. Candido Portinari (1903-1962) was born in Brodowski, a small city in the state of São Paulo. He was a son of Italian immigrants who came to Brazil at the end of the 19th century to work on a coffee farm.

At the age of 15, he began his formal art education in Rio de Janeiro. At 25, he received an award that allowed him to spend a year studying in Europe.

People often say that when we leave home, we realize how much we love it. It might be true.

It was during his travel to the other side of the ocean that Portinari decided to be the painter of his home country.

While in Europe, Portinari came across such avant-garde movements like Expressionism and Cubism, and the painting technique developed by him was perfectly on par with other modernist tendencies.

The artist was known for producing the War & Peace panel, which later became a gift from the Brazilian government to the United Nations.

Next, we present his five paintings which will show you the beauty of his work. 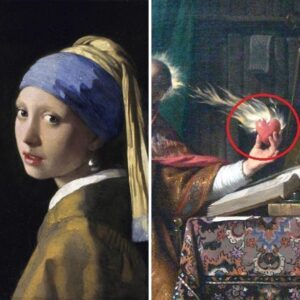 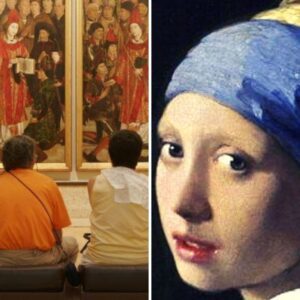 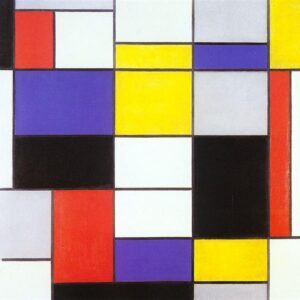 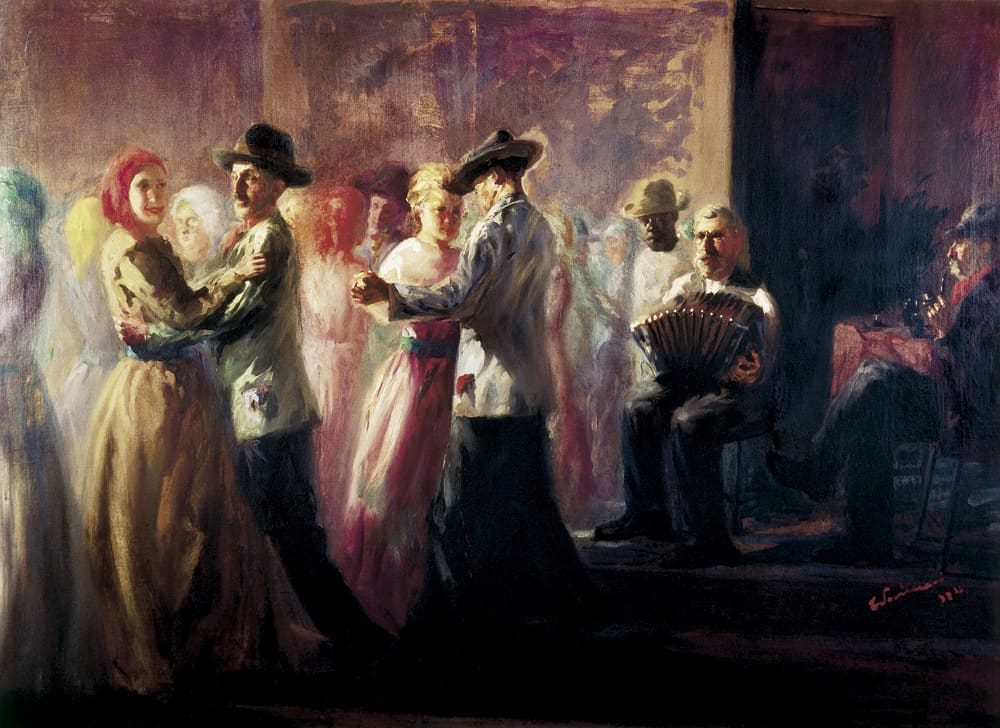 This painting was produced when Portinari was 20 years old and it was the first painting that he had ever sold. It was already a harbinger of what would be the artist’s future aesthetic choice.

We can see here Portinari’s portrayal of a typical party in his city. It’s a simple party, with dancing and music by a local band. 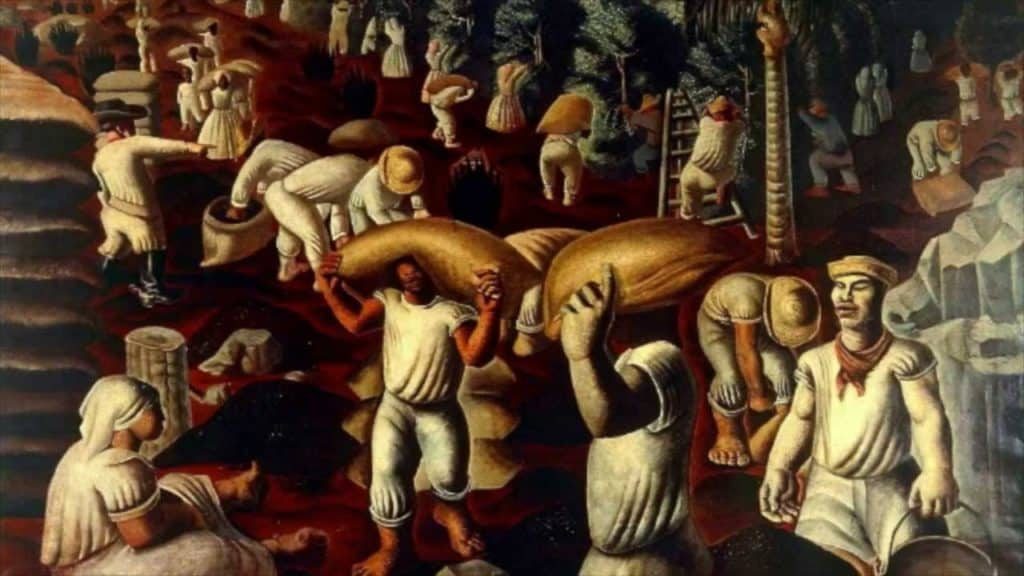 Since he was born on a coffee farm, it recurringly featured in his work.

In this painting, he portrays the daily hard work performed by women and men at a coffee plantation in his city. It is a realistic and at the same time a symbolic portrait of the time when coffee was the “green gold” of Brazil. 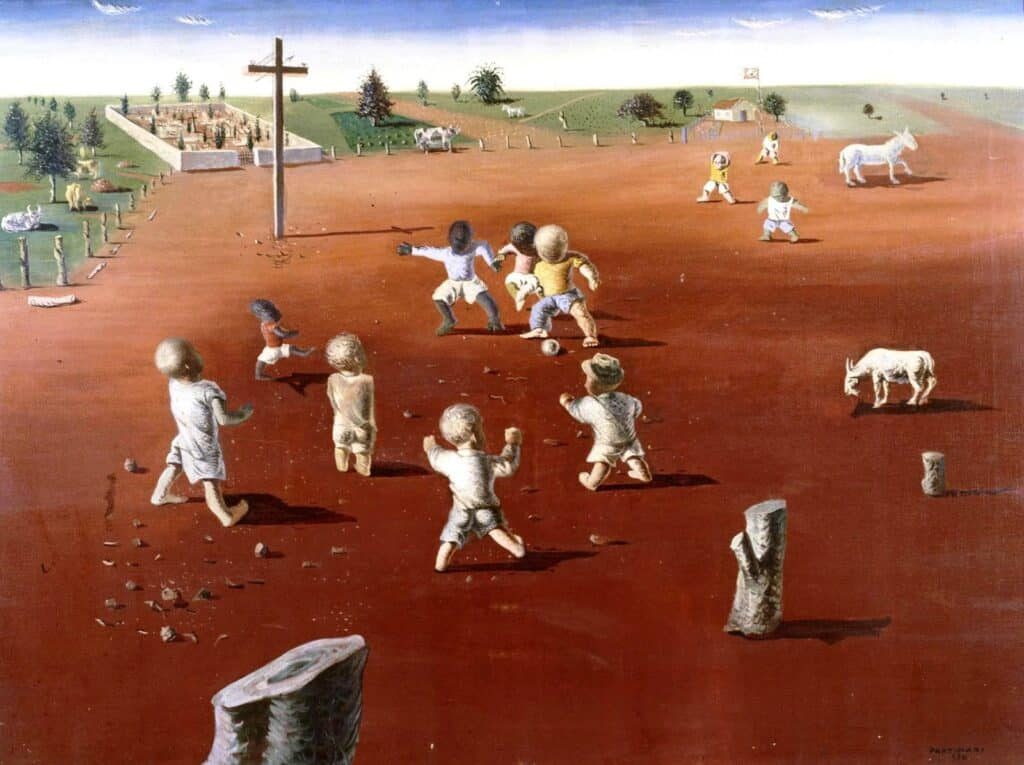 Brazil is not by chance known as the country of soccer.

Whether it’s a small or a large city,  it is not difficult to find children disputing a “pelada”, as the game is known here.

Portinari portrays this in this painting which probably is a memory of his own childhood in Brodowski. The choro, or chorinho, is a very popular Brazilian rhythm. It emerged around the nineteenth century and its unique sound was composed of a flute, guitar and cavaquinho.

Portinari portrayed the musicians together but in other paintings, he also painted each one separately. In this work, it is already possible to perceive a profound influence of Cubism on his style. 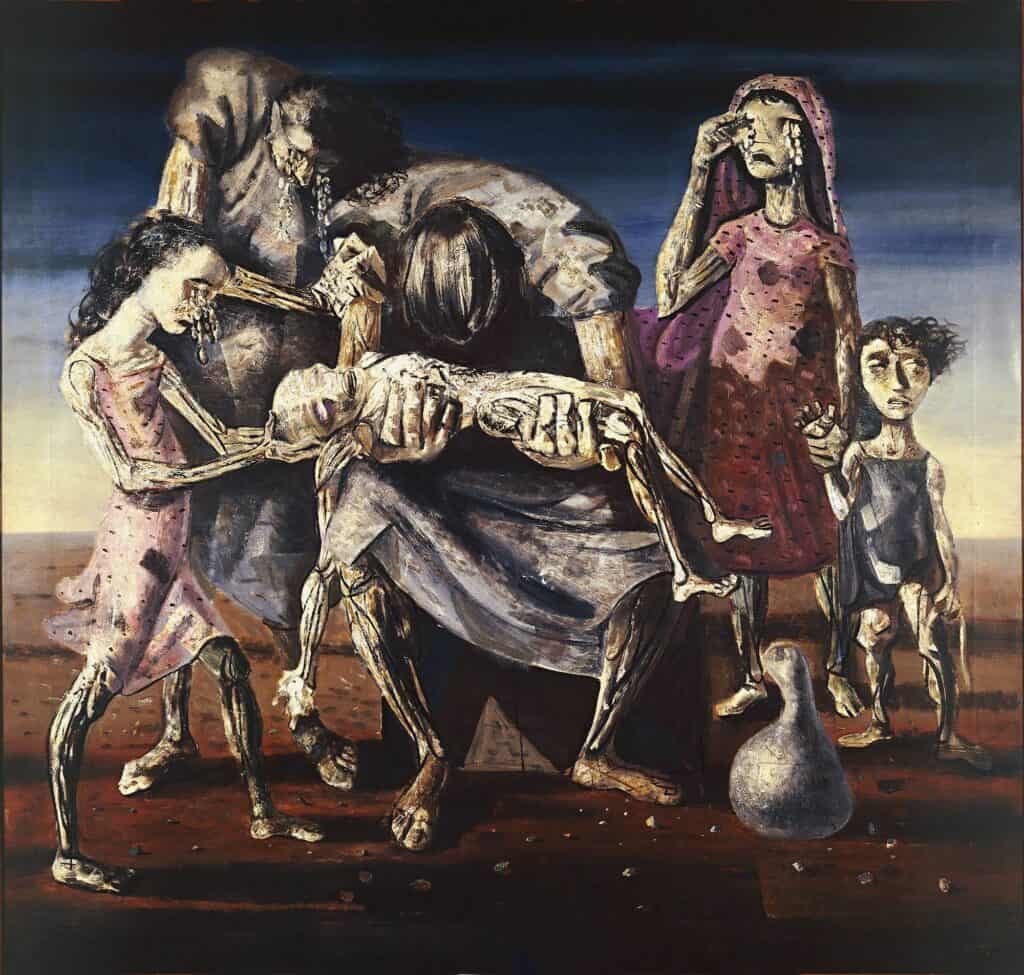 Not only did Portinari focus on music and games, he also portrayed suffering: the painting Dead Child is one of the most painful representations of a phenomenon widespread in the artist’s time: the rural exodus.

At the time, it was common for people living in the north-eastern part of the country, a region which was deeply affected by the lack of water, to seek better living conditions on the other side of the country.

The walk was difficult and poverty was extreme. Some died on the way, especially children and animals.

The painting, intensely dramatic, shows the death of a child and the pain of loss in his family.

Portinari died in 1962 for intoxication by the inks. His work is a portrait of his country and its own unique artistic language. He should definitely be considered the painter of Brazil.

Get to know some of Portinari paintings in the next video 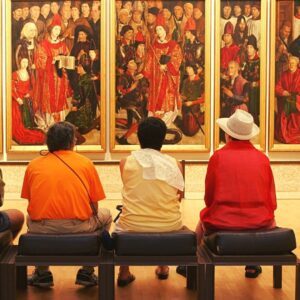