Want to know the story of Pierre Auguste Renoir ? When art hurts!

Pierre Auguste Renoir was a French painter who integrated the Impressionist movement together with Claude Monet, Paul Cézanne, Alfred Sisley, Camille Pissarro, Berthe Morisot, among others. 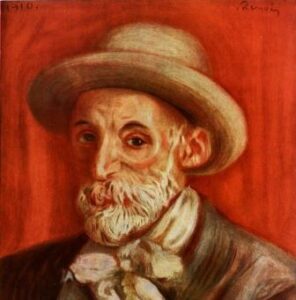 His paintings are renowned for their light, their conspicuous brushstrokes and their pure beauty.

In his paintings the subjects were often the feminine beauty and the bourgeois life of Paris.

He made many portraits that were his main source of income. He also portrayed some of the artists of the new Impressionist movement. 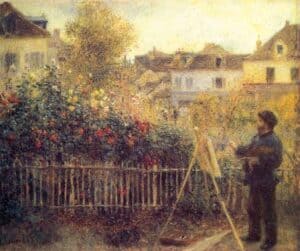 The vivid coloring of his canvases hides the pain experienced by the artist especially in the final years of his life, which however never stopped his activity.

He began working as a young painter of porcelain and textiles. At age 21, Renoir entered the École des Beaux-Arts in Paris and went on to study under the instructions of painter Charles Gleyre’s, where he met and befriended Claude Monet, Alfred Sisley, and Frederic Bazille.

Along with these painters, Pierre Auguste Renoir is considered one of the most important artists of Impressionism. And even though his paintings had been initially rejected by the Academy and the public, similarly as those of his friends, with time he became one of the most admired artists of his generation. And it remains so to this day.

Auguste Renoir portrayed mainly landscapes and people, using his friends as models. In all his works, it is possible to perceive such great luminosity that it almost plays a role of yet another character in the canvas. Vibrant colors and seemingly insignificant daily moments are a trademark of his work.

Despite the initial resistance to his work, Renoir was recognized and his art admired. Even the French government even bought one of his works. Things were going well.

Unfortunately, in 1899, he was afflicted with rheumatoid arthritis. Rheumatoid arthritis is a disease that causes a lot of pain and inflammation in the joints. In addition, the person affected by it may also have deformities. In the case of the painter his hands were deformed. Consequently, his movements became very restricted and each movement was a big and certainly painful effort.

He continued painting until his death in 1919. He produced so many works, that is stupefies how possibly he could have painted so much and make anything look so beautiful if even moving his wrists was such a painful task for him. Perhaps we find an answer in his own words, as he once said: “pain passes, but beauty remains”. 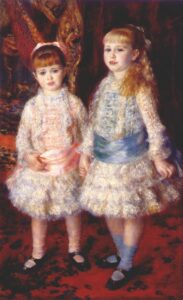 The Impressionist movement originated in the 1860s and it was affirmed clearly in the Exhibition of 1874.

It constitutes a rupture of the academic canons, opposing them with outdoor painting and the capture of the variations of light and the colours of Nature.

The artists seek to break free of symmetry and geometric concepts, and now obey their own sensory perception at the moment of creation.

The Impressionist movement is as well, and above all, the affirmation of the freedom of the individual expression of the artist.

But this is after all the essence of the Impressionist movement: individual freedom.

The Impressionist Exhibition in 1874

This independent exhibitions took place in 1874, at the atelier of the photographer Nadar. 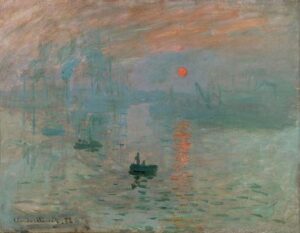 It was during this exhibition that the term “Impressionism” was born. The art critic Louis Leroy, intending to undermine this new kind of art that so distanced itself from the academic canons, used this designation referring to the work of Claude Monet, Impression, Sunrise. 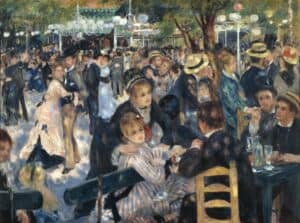 The Bal au Moulin de la Galette was painted in Paris, in Montmartre , and depicts a frequent theme in Impressionist paintings: the bourgeois life.

It is perhaps the best known work of Pierre Auguste Renoir and reflects some of the main characteristics of Impressionism.

Capturing the moment – the painting should be able to capture the moment, the instant modelled by light and movement.

Light and colour – figures change depending on the time of day and the incidence of light.

Outdoor Painting – the artists favoured painting outdoors, which allowed the capture of the colour variations in Nature.

Shadows – these should be bright and colourful, mimicking the visual impression that they cause on us. Thus, the contrasts of light and shade must be obtained using complementary colours.

Colours – colours and tones should not be obtained by mixing paint on the palette. They must be pure and dissociated on the canvases with loose strokes. The construction of the tones and colours becomes fundamentally a game of optics. 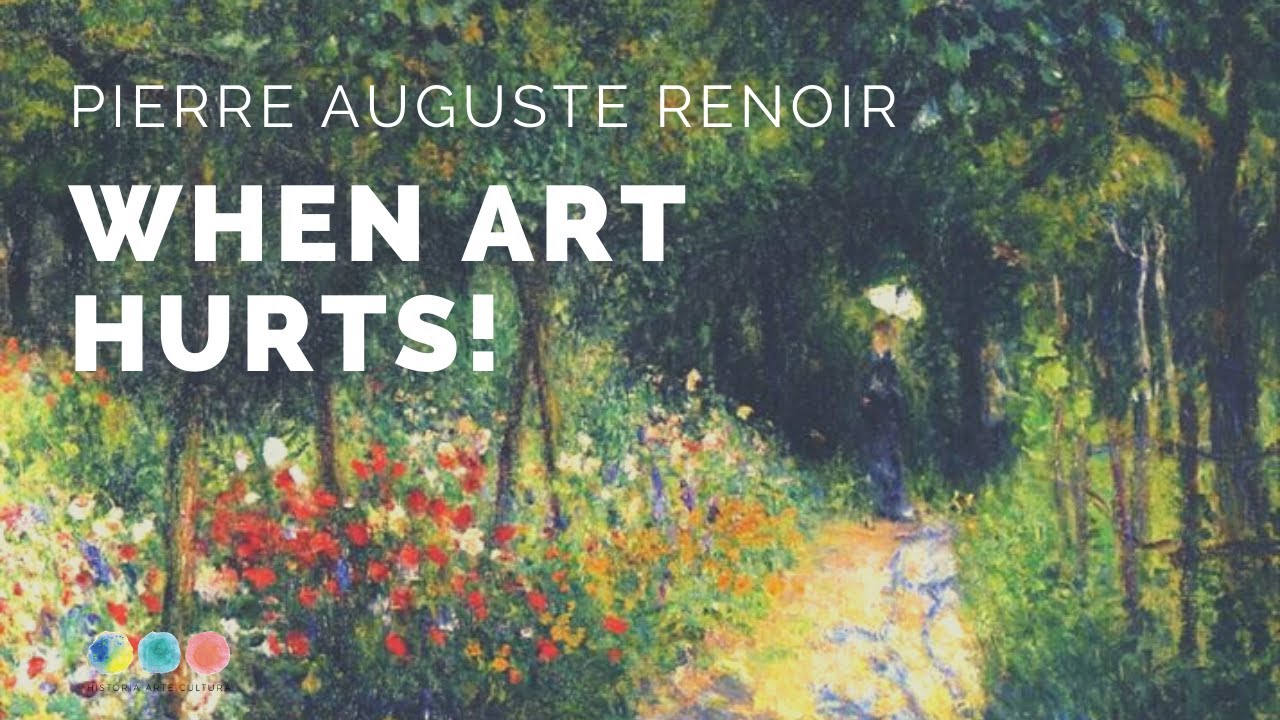