Alfred Stevens – Challenge: iconographic analysis of the 1867 painting “the Bath”

Today we propose a small art analysis game based on Alfred Stevens ‘ painting – The Bath. 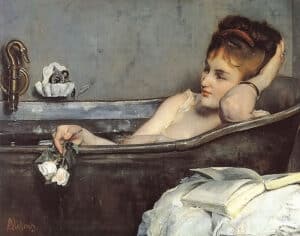 This game consists of the application of the 3 levels of iconographic analysis proposed by Erwin Panofsky to the work of Alfred Stevens.

You will find in this article:

1 – A synthetic presentation of the method of analysis.

2 – A closed tab with the proposed resolution of this challenge. You can open it whenever you want, but we advise you to open it only after taking your notes regarding the analysis of the painting.

3 – Finally, we will talk a little about Alfred Stevens.

Although currently some of the interpretations of works of art made by Erwin Panofsky are questioned by some art historians, it is certain that Panofsky understood art as no historian had before, assuming Iconography as a discipline.

In 1939, Panofsky presents his iconological method of analyzing the work of art.

For him, the analysis could not depend only on literary sources, because they do not always exist.

Thus, he begins to investigate the way in which, according to the different historical conditions to which he is subject, the artist chooses the theme, object or fact. He proceeds to study the meaning.

A man raises his hat.

In iconographic terms, we basically see is the action in which a man takes his hat off his head.

However, analysing it under an iconological point of view, there is a meaning to the gesture. If we assume that we have two people involved (the one who sees the action and the one who acts it) who are familiar to the western culture, they will know that it is a gesture of friendliness and respect.

However, reaching this level of understanding depends on a prior knowledge of the social values that involve this same gesture.

And so Panofsky identifies the three levels of understanding

The primary level should correspond to the most basic level of understanding, i.e. the natural perception of the work.

The second level of understanding requires a certain iconographic knowledge, to the extent that this is the interpretation of the message and its meaning.

For the third and final level of interpretation, the observer not only receives and interprets the message contained within the representation, but also seeks to interpret it under an historical point of view, looking for social and cultural interrelations that might broaden the meaning.

Look carefully at the image. Try to answer the questions proposed in the analysis method described above.

Woman in the bath.

A woman in a moment of contemplation holds an open book and holds a flower,while bathing.

The colors of the bathtub tell us that it is a copper bathtub, which was not common at the time and showed a high quality.

The swan-shaped fixed faucet is of a post-imperialist model and, being it fixed, points to a fixed bathtub as well. These data reinforce the idea that she is a woman of high society.

The open book also shows us that she would have been there for a long, and therefore hot, bath. It also reinforces that she will be upper class, to defray such expense.

The fact that she is still in her undershirt points to the public baths. The clock on the soap dish reinforces this idea, telling us that she has an established time, and therefore, possibly, she will have rented that place.

On the other hand, the cushion on which the book is placed indicates something more intimate and domestic.

A woman in the bath, in an intimate and sensual moment, consistent with one of the favorite themes of paintings from the romantic period.

She is thoughtful; her contemplative gesture –  she almost drops the flower she has between her fingers – allied to the open book, show her distraction. The flower in her hand perhaps points to an old love she is thinking about.

The place where she is is ambiguous and difficult to define, and can be public or domestic.

However, the painter’s intention does not seem to have gone through this definition, through the reconstruction of a story, but for of a moment of lassitude and sensuality of a woman who remains anonymous to us, enhanced by her femininity. Perhaps this was the author’s ultimate intention: to show feminine attributes.

Alfred Émile Léopold Stevens (11 May 1823 – 24 August 1906) was a Belgian painter who achieved great success in his time, especially with paintings of elegant women.

His works earned him substantial income. However, these did not withstand some bad investments and large expenditures and Stevens lived the end of his life in Paris, alone and in modest rooms.

Alfred Stevens was attentive to the social reality of his time portrayed in this work from the beginning of his career “What is Called Vagrancy or, The Hunters of Vincennes” from 1854. 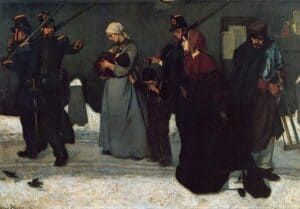 But Alfred Stevens is undoubtedly associated with portraits of elegant women, whether in intimate environments, such as “The Bath”, or integrated into landscapes. 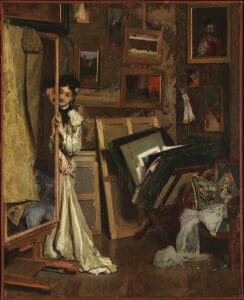 Alfred Stevens The Psyché (My Studio),c.1871 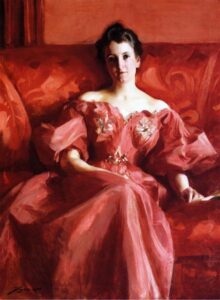 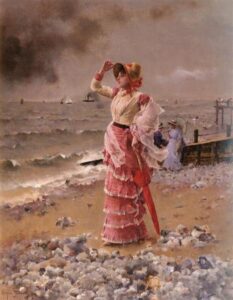 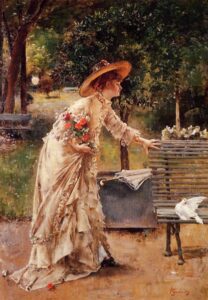 Alfred Stevens Afternoon at the Park 1885

The artist was not indifferent to the fascination caused by oriental art. Like the Impressionists and Post-Impressionists, Japonism had a clear influence on Stevens’ work. 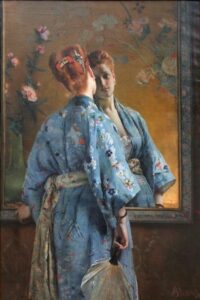 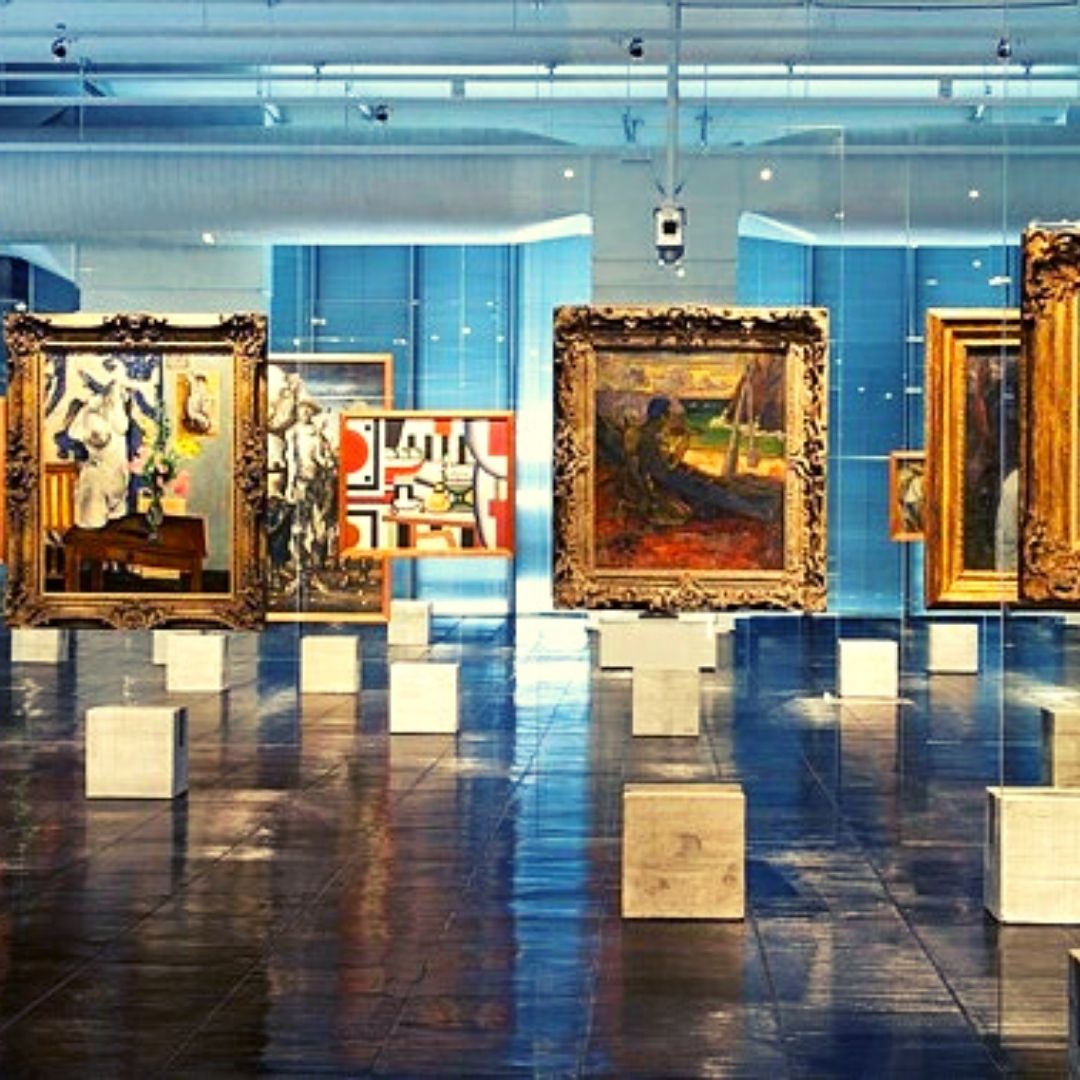